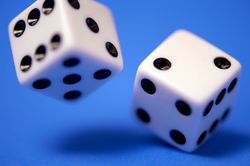 Is there any legal European Directives/Standards that require EM safety risk management for general electric/electronic products such as audio/video, multimedia, household, lighting and electric vehicles?

There are four issues here, and in short...

1) The LVD is what the EC calls a “Total Safety Directive” – which means that it covers all aspects of safety even if they are not mentioned in its text. This means that it covers functional safety risks, including those that can be caused by EMI, even though they are not mentioned explicitly in the LVD. Not many people are aware of this, or have thought through its implications!

2) Before the Medical Devices Directive (MDD) was replaced by the Medical Device Regulations (MDR), it only replaced the requirements in the LVD that were specifically covered in the MDD. For any/all other safety risks, the LVD was still in force. As above, not many people were aware of this, or thought through its implications!  And the UK is (effectively) maintaining the MDD, and not adopting the MDR.

3 ) The Product Liability Directive (PLD) applies to everything supplied in the EU and EEA, but does not have any ‘harmonised standards’ and does not require CE Marking.  The only two practical defences when being sued under it in the civil courts are:

it is interesting to note that there are quite a lot of civil lawsuits brought against manufacturers under the PLD every year, and that some Member States have limited the maximum penalties that can be awarded in such cases to 70 Billion EUROs. (Yes, 70 Billion!) Other Members States and the UK have no upper limit.

Of course, no individual is going to be awarded 70 Billion EUROs in damages – but a ‘class action’ might get close. The point of the such a huge upper limit (if there is a limit at all) is to be able to award punitive damages against large multinationals who might see fines of a few tens of million EUROs as cheaper than making their products as safe as the PLD expects them to.

Also as above, not many people are aware of the PLD, or have thought through its implications!  Despite the huge penalties possible under it.

4) It is impossible to fully test all the possible states of a modern digital control system – and because digital systems are non-linear, even if you could test 99.9% of the states (you can’t, not even once) and if they were all safe enough, you could not assume the 0.1% that had not been tested would also be safe enough – i.e. interpolation is meaningless.

Why do we need an standard on managing risk

Also unfortunately, not many people are aware of this, or have thought through its implications!

But an increasing number of experts are starting to worry about it as regards autonomous machines, vehicles, and medical devices. As a result there are now two EC-funded projects, with over 10 early-stage-researchers (ESRs) working towards their PhDs by studying aspects of IEEE 1848-2020 (Techniques and Measures for the Management of Functional Safety and Other Risks as Regards Electromagnetic Disturbances), which is available from the IEEE.

Four of these ESRs will be making presentations on their work at EMC & Compliance International (www.emcandci.com) in “Session 4: Management of the risks that can be caused by EMI” on Thursday 19th May.

Also, both of the Organisers of these two EC-funded projects and some of their ESRs will be making presentations on their projects at a special session at the IEEE EMC+SIPI Symposium in Spokane, WA, USA, in August 2022 - see here for more details

I’ll be at both the above events, and I hope to see you there too!

Photo by Edge2Edge Media on Unsplash